Tweet
I've just got to put at least one picture up of what I'm doing this week. This is me in front of the fountain at Rockefeller Center. New York City.
Let me just say that New York City, although only a two and a half hour plane ride from me home, is as far as you can get from Rural Nebraska, if not geographically, the certainly psychologically.
It's been a fun and at times overwhelming week.
Posted by Mary Connealy at 9:53 PM 2 comments:

Tweet
4 STARS
There is never a dull moment with Connealy, and the second book of her Wild West Weddings series starts out with a bang and never lets up. Expect romance, villains, a lost city of gold, laugh-out-loud humor — and, of course, expect the unexpected.

In Memory of Marybelle

Tweet
Marybelle Connealy, my mother-in-law, passed away last week. And she was the best imaginable mother-in-law and one of my very best friends.

I know Marybelle wasn't enjoying life anymore. But about ten times a day it hits me that she's gone. And when I think of her, I don't think of the end, when she was in pain, struggling for each breath. I miss the wonderful lady who taught me so much. She was a funny, sensible, talented, loving woman.
Without her and her apple pies and her infectious laugh the world is poorer. That's not even a bit of an exaggeration.

What I've been thinking about is this philosophy I have that anything can be done well or done poorly. It's something I've said to my girls many times.

If you're a waitress, you go be the best waitress in that restaurant. If you're bagging groceries, you bring every bit of skill you have to the job.

I realize now that Marybelle taught me that philosophy. A vegetable peeler, a cake froster, a cherry pitter, a pie crust roller-outer...she did it all with flare and extraordinary talent. She could butcher a chicken and make it look like art. The speed, the skill, it was humbling. And she made it look effortless and while we'd work together she'd tell me stories of her sons growing up and the funny stories that ended up working their way into some of my books, particularly Calico Canyon. And she'd teach me, give me advice but mainly she just did it all so well that I learned just by trying to keep up with her.

Everyday things can and should be done with wild talent.

She was a genius of a farm wife, the best mother-in-law imaginable and her heart for her boisterous, ridiculously all-boy household (seven sons-can you imagine) was so huge and gentle and loving it was humbling.

And she showed amazing kindness and friendship to the variety of wives the boys all dragged home.

So being a mother-in-law can be done brilliantly, too, and she was the best.

This poem was on one of the sympathy cards we received and I think it's beautiful so I'm including it here.


The Journey
I set out on my journey when I was very young.


I knew not where the winding road would go.

At times the way was easy, the road was straight and smooth, the sky was blue and everything looked bright.
At times the road was rugged, the hills were long and steep, and darkness hid the view ahead from sight...
But never did he leave me - This Friend who came along, and never did He let me lose my way.
And every time I stumbled He offered me His hand, assuring me that I would be okay.

And then one day I saw it, at last--my journey's end, and what a wonderous sight it was to see!

For after all my travels, I'd found my way back home - the heavenly home that He'd prepared for me.

I got a Kindle

Tweet
I'm still a little leery of it. I don't think it will ever replace my love of holding a book. But a very good friend is having her first book release FIRST on Kindle, a new thing they're doing at Tyndale House and I had to have her book so........I had to have an ebook reader and I got a Kindle.
But here's one cool thing I found. I can download the first chapter of all my books onto the Kindle for FREE.
How fun is that?
Even if you don't have a Kindle you can get what they call Kindle for PC which brings the Kindle books to your computer desktop.
So you can get the first chapter of my books REALLY for free since the Kindle for PC is free and the 1st chapter is free.
A no risk way to look at a new book before you buy.
Posted by Mary Connealy at 5:28 PM 2 comments:

Missouri Flood as of June 12th

Tweet
That is a week ago almost. It keeps getting worse.
I left these pictures really high pixel so you should be able to click on them
and they'll get large so you can see details.
As if anyone want to see details!!!!
Scroll down or click HERE to see the flooding pictures I posted on June 9th.
The picture below is of an RV parking lot.
The things sticking out of the water are hydrants and electrical posts for RVs.
This is usually full on a summer weekend.
Posted by Mary Connealy at 6:08 PM 3 comments:

Tweet
I'm on
Petticoats and Pistols
Today
Blogging about
The Loretto Chapel's Miraculous Staircase
Posted by Mary Connealy at 2:04 PM No comments:

Tweet
You can never have too much Creative Madness, now can you?
Click Here
Posted by Mary Connealy at 8:14 AM No comments:

I'm quoted in the newspaper

Tweet
They'll be talking about it for ever
This is the sign in Beck Park in Decatur NE on May 29th
This sign does NOT stand in water. It's close but definitely on dry land. 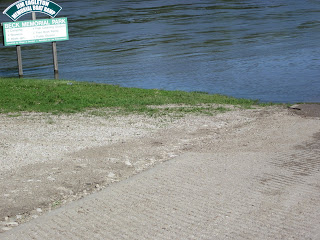 This is the sign in Beck Park on May 31st.
I've lived near Decatur for 34 years and we like to play on the river.
We've NEVER seen it like this. 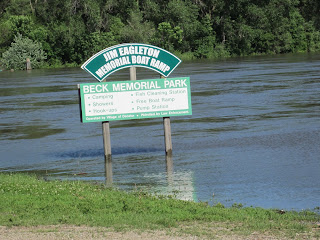 Then I went and took more pictures today.
This is the same sign on June 9th 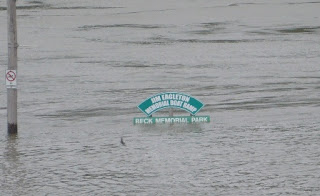 You know I teach math for a day job 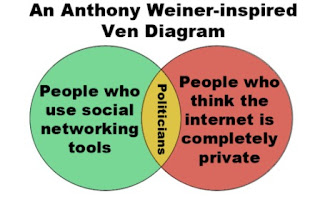 Here's a good image to help teach Ven Diagrams.
Or not.
Posted by Mary Connealy at 11:47 AM 1 comment:

My August Release as an Audio Book!!! YAY!

Tweet
It just went up on their website.
OUT OF CONTROL
Posted by Mary Connealy at 10:35 PM 3 comments:

Tweet
I'm on Stephanie Grace Whitson's blog today.
Talking about research for my May release
DEEP TROUBLE.
Check it out HERE
Posted by Mary Connealy at 4:02 PM No comments:

What you don't want to find on your employee performance evaluation

Tweet
These individual quotes were reportedly taken from actual employee performance evaluations in a large US Corporation.


(1) "Since my last report, this employee has reached rock bottom.....and has started to dig."

(2) "His men would follow him anywhere...but only out of morbid curiosity."

(3) "I would not allow this employee to breed."

(5) "Works well when under constant supervision and cornered like a rat in a trap."

(6) "When she opens her mouth, it seems that it is only to change feet."

(8) "This young lady has delusions of adequacy."

(9) "He sets low personal standards and then consistently fails to achieve them."

(10) "This employee is depriving a village somewhere of an idiot."

(11) "This employee should go far...and the sooner he starts, the better."

(14) "He certainly takes a long time to make his pointless."

(19) "He has a knack for making strangers immediately."

(23) "A photographic memory but with the lens cover glued on."

(24) "A prime candidate for natural deselection."

(25) "Donated his brain to science before he was done using it."

(26) "Gates are down, the lights are flashing, but the train isn't coming."

(33) "Some drink from the fountain of knowledge; he only gargled."

Things We can Learn from Children

2. If you spray hair spray on dust bunnies and run over them with roller blades, they can ignite.

3. A 3-year-old's voice is louder than 200 adults in a crowded restaurant.

4. If you hook a dog leash over a ceiling fan, the motor is not strong enough to rotate a 42 pound boy wearing Batman underwear and a superman cape. It is strong enough, however, to spread paint on all four walls of a 20X20 foot room.

5. You should not throw baseballs up when the ceiling fan is on. When using the ceiling fan as a bat, you have to throw the ball up a few times before you get a hit. A ceiling fan can hit a baseball a long way.

6. The glass in windows (even double pane) doesn't stop a baseball hit by a ceiling fan.

7. When you hear the toilet flush and the words "Uh-oh", it's already too late.

8. Brake fluid mixed with Clorox makes smoke, and lots of it.

10. Certain Lego's will pass through the digestive tract of a four-year-old.

11. Play Dough and Microwave should never be used in the same sentence.

13. No matter how much Jell-O you put in a swimming pool you still can't walk on water.

15. VCR's do not eject PB&J sandwiches even though TV commercials show they do.

17. Marbles in gas tanks make lots of noise when driving.

18. Always look in the oven before you turn it on. Plastic toys do not like ovens.

19. The spin cycle on the washing machine does not make earth worms dizzy. It will however make cats dizzy and cats throw up twice their body weight when dizzy.
Posted by Mary Connealy at 5:31 PM 3 comments: 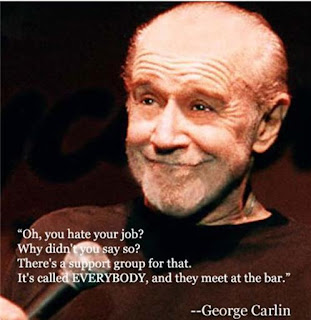 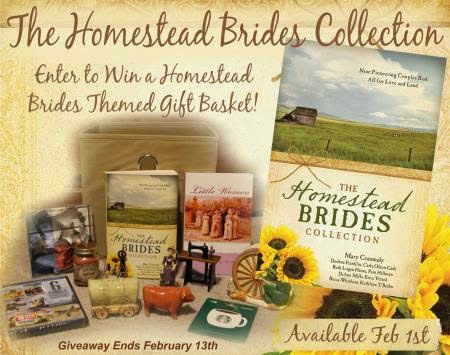 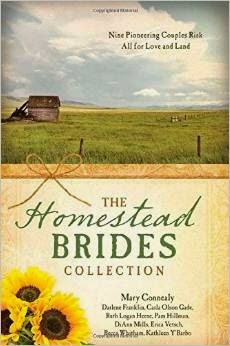 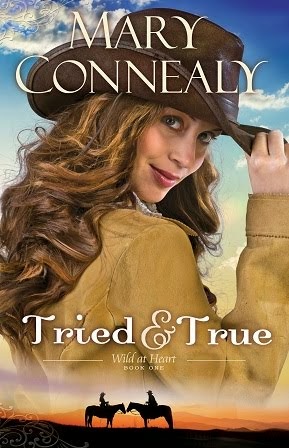 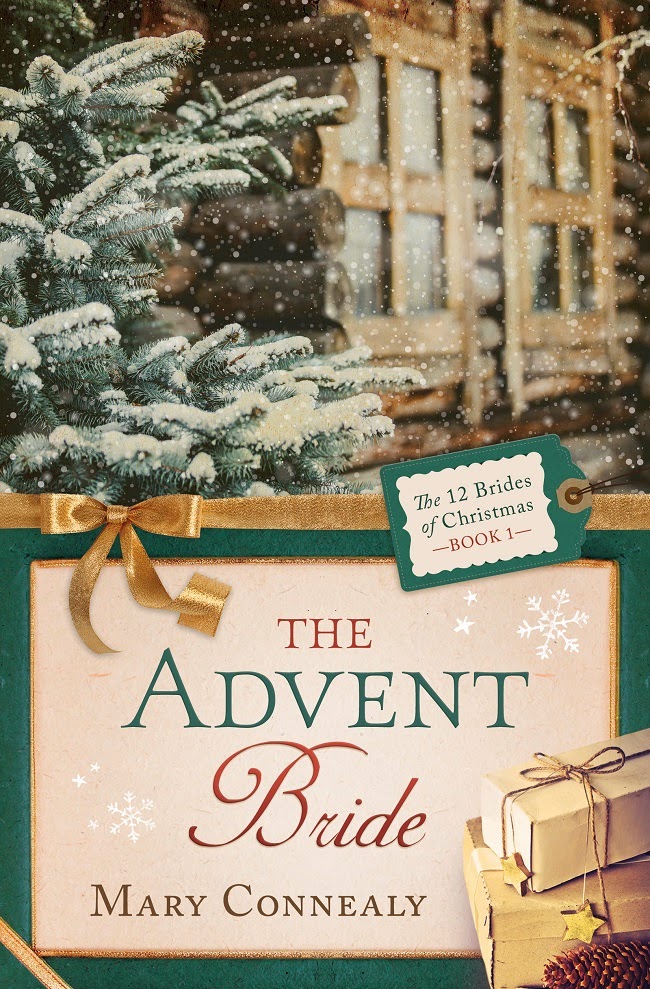 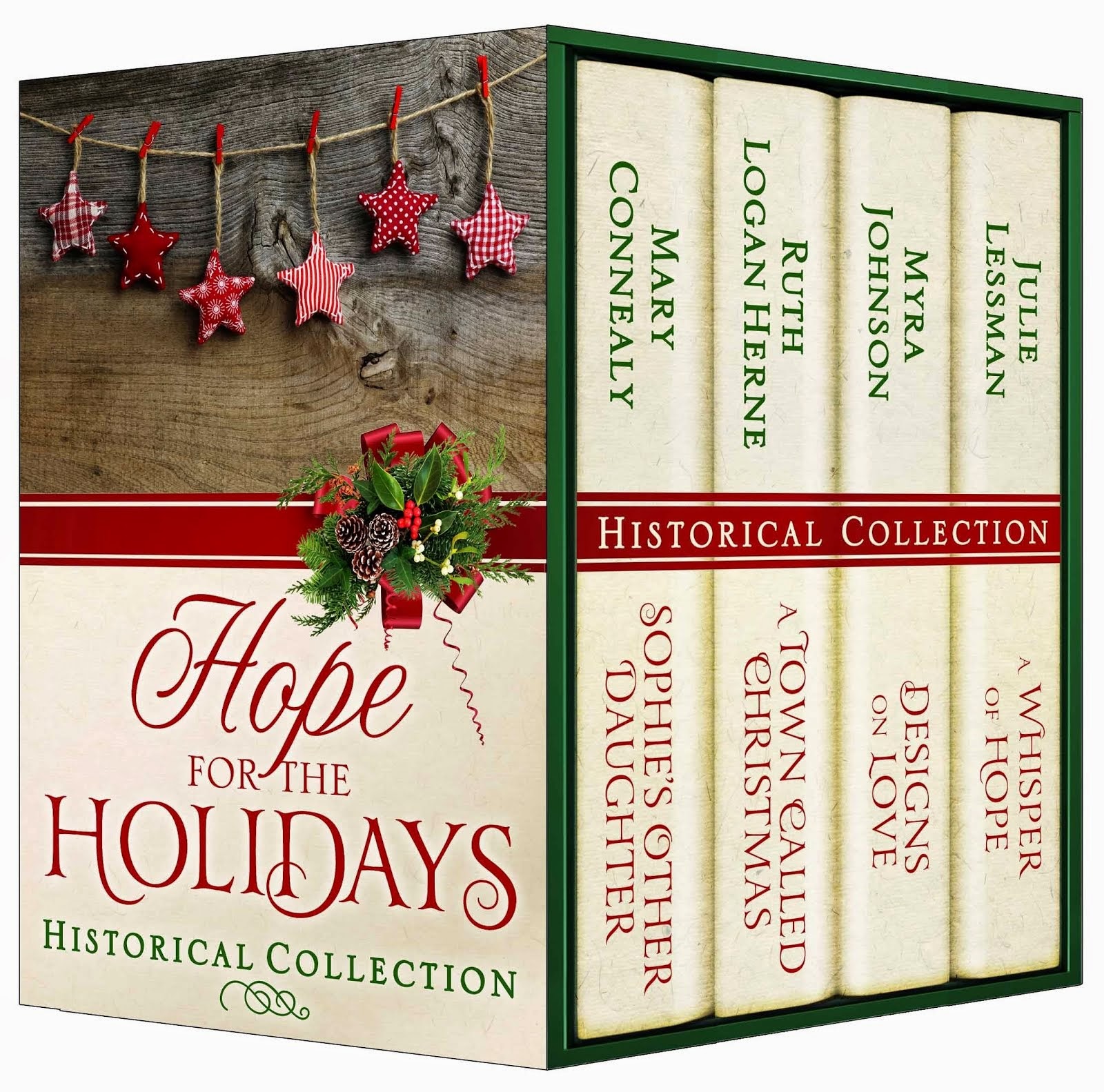 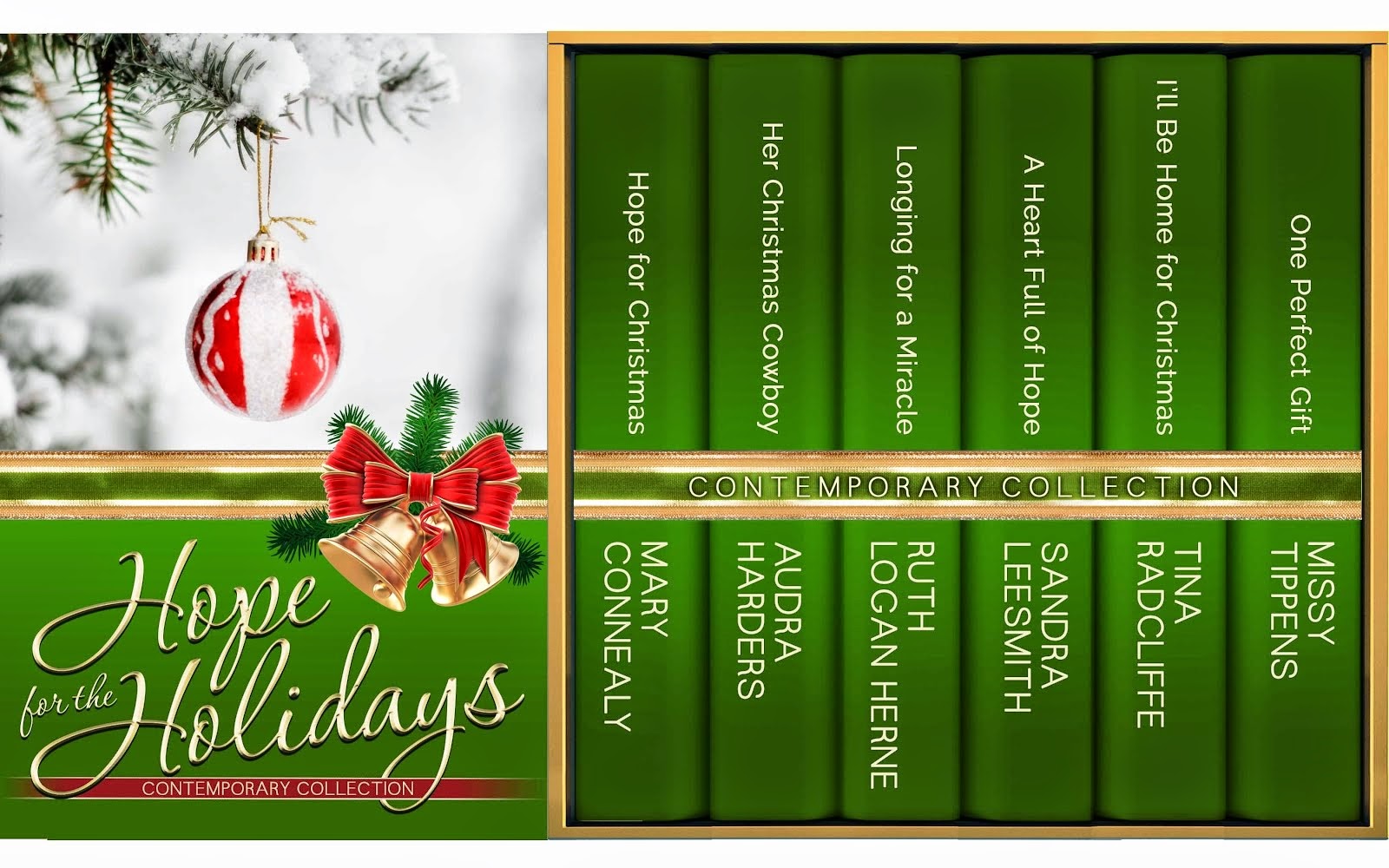 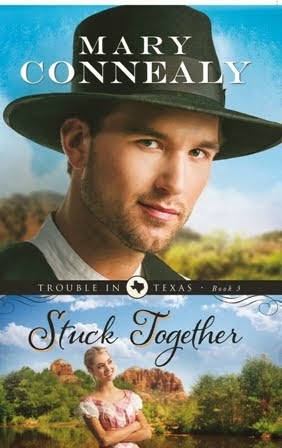 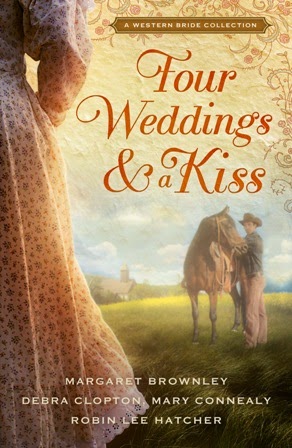 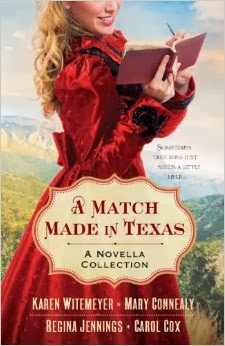 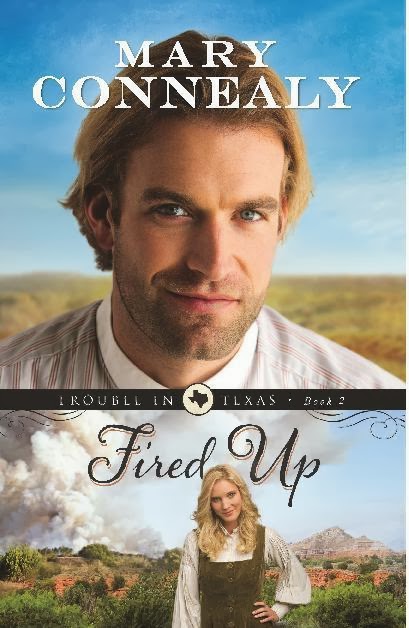 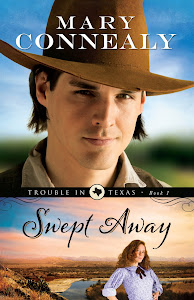 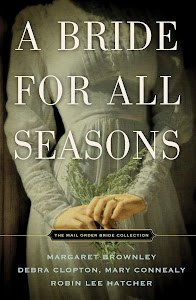 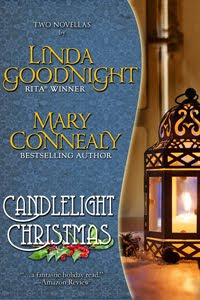 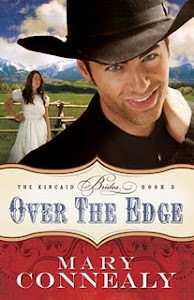 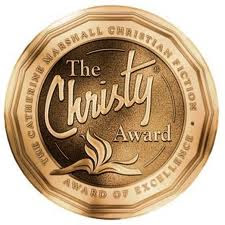 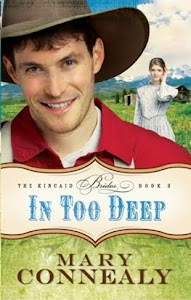 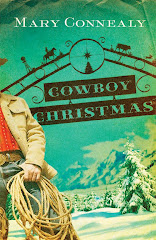 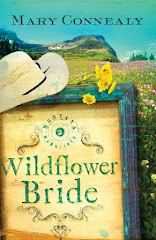 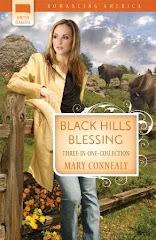 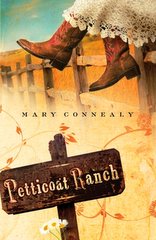 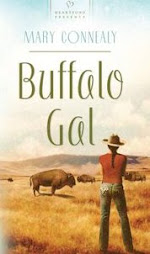 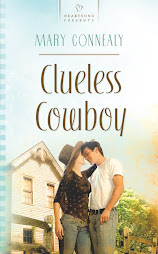 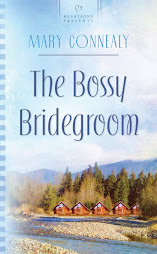